Broncos, Vikings to hold joint practices in Minnesota in August 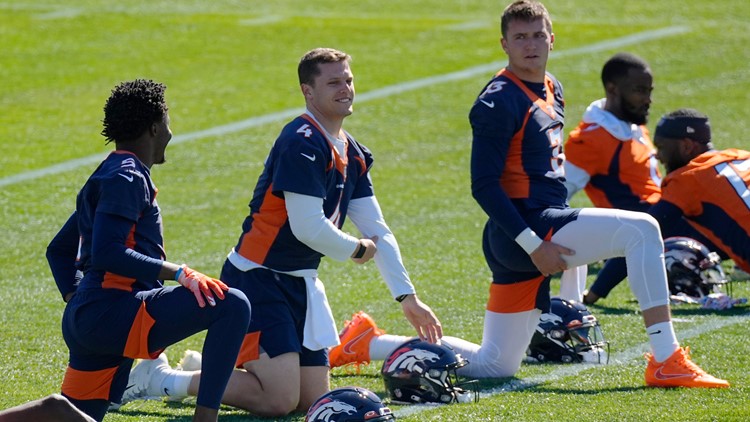 The practices would be in Minnesota leading to the teams’ preseason opener on Aug. 14.

ENGLEWOOD, Colo. — In the week leading up to the Denver Broncos’ preseason opener against the Minnesota Vikings, the two teams are finalizing plans to hold joint practices at the Vikings training camp facility in Eagan, Minn., sources tell 9NEWS.

The teams’ preseason opener will kick off at 2 p.m. Saturday, Aug. 14 at U.S. Bank Stadium in downtown Minneapolis.

The joint practices are expected to be held Wednesday and Thursday at the Vikings’ complex that is well familiar to Broncos general manager George Paton, who spent the previous 14 years as Minnesota’s assistant GM.

While the Broncos have hosted joint practices in recent years with the likes of San Francisco, Chicago and Houston, while also travelling to San Francisco, Dallas and Houston for the extra team work, many coaches believe joint practices are especially important this year after the NFL reduced its preseason schedule from four to three games as a compromise to expanding the regular season from 16 to 17 games.

The Broncos also play at Seattle on Aug. 21 in preseason game 2 before playing their only home preseason game against the Los Angeles Rams on Saturday night, Aug. 28 at Empower Field at Mile High.

All Broncos’ preseason games came can be seen on Channel 20.

The Broncos open their 17-game regular season on Sunday afternoon. Sept. 12 against the New York Giants in East Rutherford, N.J. at MetLife Stadium.

RELATED: At cornerback position where three is not a crowd, Bryce Callahan is fourth cornerback in

MORE WAYS TO GET 9NEWS

HOW TO ADD THE 9NEWS APP TO YOUR STREAMING DEVICE

ROKU: add the channel from the ROKU store or by searching for KUSA.

For both Apple TV and Fire TV, search for “9news” to find the free app to add to your account. Another option for Fire TV is to have the app delivered directly to your Fire TV through Amazon.