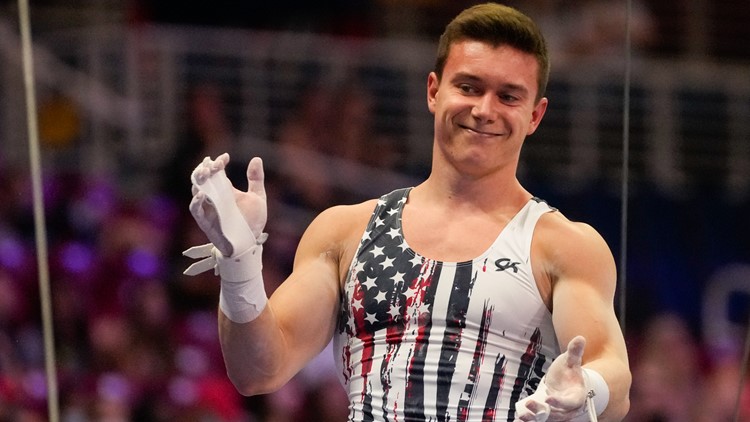 ST. LOUIS — Brody Malone grew up in northwest Georgia and spent part of his childhood tinkering around as a rodeo rider before finally committing full-time to gymnastics.

It’s a decision that’s carried him all the way to the Olympics.

The 20-year-old locked down a spot on the U.S. Olympic men’s gymnastics team on Saturday, earning an automatic berth on the five-man team by capturing the Olympic Trials with a two-day all-around total of 171.600.

The victory, on top of the NCAA crown the Stanford junior won in April and the national title he won earlier this month cemented Malone’s status as the leader of the men’s program heading to Japan and beyond.

Yul Moldauer, the 2017 national champion and a three-time world championship team member, is heading to Tokyo next month too after finishing runner-up to Malone while also ranking in the top three on four events.

The two other spots will be decided by a selection committee later Saturday afternoon, though six-time national champion and two-time Olympian Sam Mikulak and Shane Wiskus seem like virtual locks after steady and occasionally spectacular performances inside The Dome at America’s Center.

Malone, however, took his choice out of the selection committee’s hands with a confident and controlled display. He hardly seemed bothered by the stakes, improving his score on five of six events compared to Day 1. His high-bar routine is a series of daring releases in which he flings himself up and over top and appears to be ready to fall to the mat before catching the bar at the last second.

While Malone has tried to stay in the moment after ending Mikulak’s long reign at nationals, he did allow himself three exultant claps after sticking the dismount on his rings’ routine, a set that basically assured himself of a spot on the plane to Japan in three weeks.

Moldauer, dogged by back spasms at nationals, certainly looked healthy. The exuberant 24-year-old roared at the end of every event, emotion pouring out of him during each rotation.

Mikulak, vying to appear in his third Games, drilled a showstopping routine on high bar and posted the top score on floor. A fall on pommel horse — long an event that he has struggled on — will likely not affect his chances of making his third team.

The “plus-one” spot designed for a specialist may be the committee’s only tough decision. Stephen Nedoroscik bounced back from a rough night pommels on Thursday to put up a 14.650 in the finals. Alec Yoder, whose 15.050 on pommels Thursday tied for the best score of the meet on any event, followed it up with a 14.550. Alex Diab’s 14.900 on rings was easily tops on the discipline.