How is karate played at the Olympics? 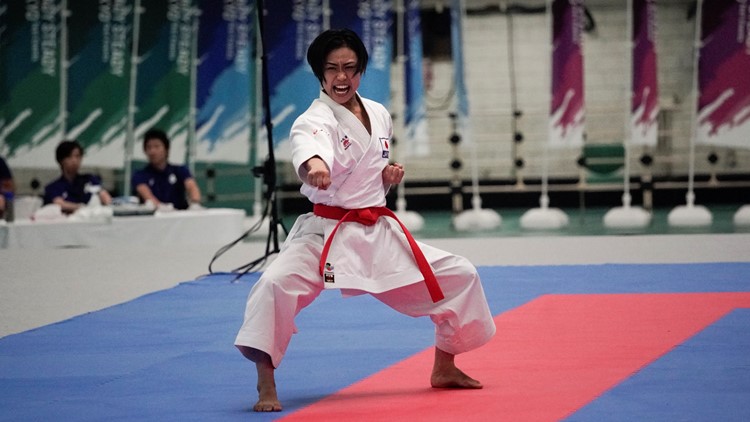 Karate is one of the sports making its Olympics debut in Tokyo.

Karate is one of five new sports for the 2020 Olympics. It’s broken into two disciplines: Kata is non-contact and is judged. Kumite is sparring, which is scored.

The Kata is a demonstration of karate forms in which the athlete engages a virtual opponent with a series of offensive and defensive moves. The athlete can choose from 102 different katas recognized by the World Karate Federation. Speed, strength, balance, power and rhythm are all taken into account by the judges, along with the clarity and force of their movements, according to the Tokyo organizing committee. Technical performance is weighted higher than athleticism. Focus and concentration must also be demonstrated.

Kumite may be easier for casual fans to follow as it will be actual combat rather than demonstrating moves in the air.  Two athletes face each other on a mat with a match lasting up to three minutes. Competitors can score anywhere from one to three points based on where they strike, kick or punch their opponent. Form, power and control are taken under consideration in scoring.  The winner is determined one of three ways:

The men and women will each have three different weight classes they can qualify in for Kumite. Like the Kata, the elimination rounds will be divided into two pools. The semifinal winners from each pool compete for the gold. Those who lost the semifinals will each receive bronze.

Only 10 athletes from around the world will qualify for each Kata and Kumite event.