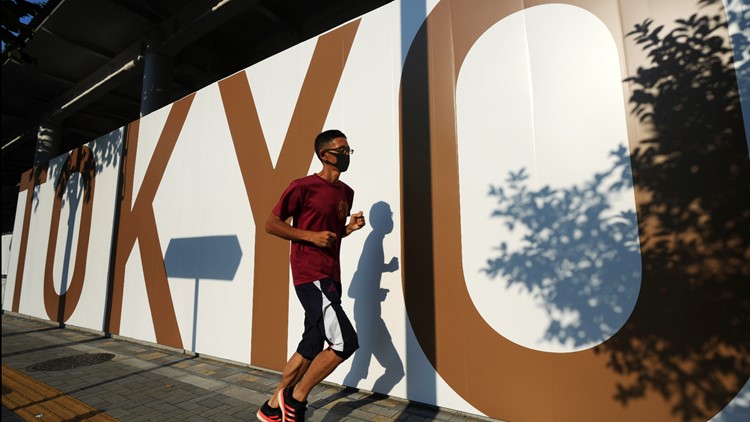 The prime minister is desperately pushing to accelerate Japan’s COVID-19 vaccine program ahead of the Summer Olympics, which are scheduled for July 23 to Aug 8.

TOKYO, Japan — Japanese Prime Minister Yoshihide Suga says he is aiming to have everyone in the country vaccinated by November, a target he set with a general election scheduled for later this year.

Suga called vaccines “a trump card” of anti-virus measures and said Wednesday: “I want vaccines to be given by the October-November period to all the people who want to be vaccinated.”

The prime minister is desperately pushing to accelerate Japan’s COVID-19 vaccine program ahead of the Summer Olympics, which are scheduled to be held in Tokyo from July 23 to Aug. 8.

Suga is seeking to have 1 million shots administered a day so all of the country’s 36 million older adults will be fully vaccinated by the end of July. He also urged major companies to prepare to start vaccinating their employees later this month to accelerate the process ahead of the Olympics.

A man jogs around the National Stadium where the Olympic opening ceremony is scheduled for July 23, in Tokyo Wednesday, June 9, 2021. (AP Photo/Eugene Hoshiko)

Less than 4% of Japan’s population was fully vaccinated as of Tuesday, according to government figures.

Slow vaccinations and concerns about holding the Olympics amid the pandemic has prompted protests and sent Suga’s approval ratings to their lowest levels since he took office in September.