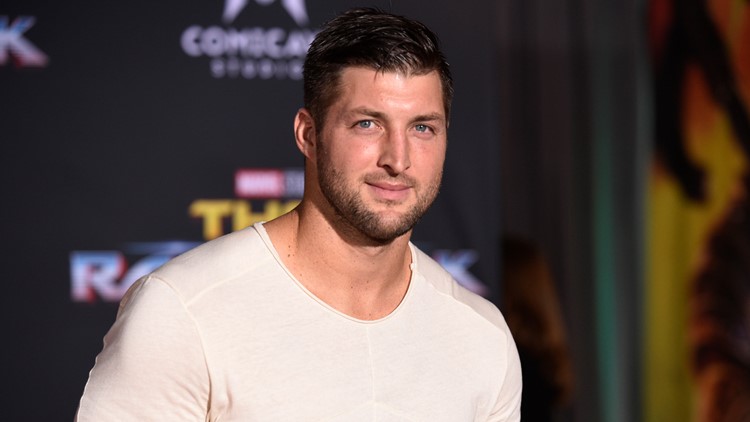 JACKSONVILLE, Fla. — Statistically, Jaguars’ rookie quarterback Trevor Lawrence is regarded as one of the greatest college football players ever but it appears he will have some company in that elite category in his own locker room this fall.

ESPN Senior NFL Insider Adam Schefter reports that Tebow signed his contract Thursday morning and will be on the field for the team’s off-season program as “he sets out to compete for a roster spot at tight end.”

Tim Tebow signed his contract this morning with the Jacksonville Jaguars, per source. He will be on the field today for the team’s off-season program as he sets out to compete for a roster spot at tight end.

Tebow led the Gators to the 2006 and 2008 BCS National Championships; his head coach during his time in Gainesville was, of course, current Jaguars head coach Urban Meyer.

Speculation of this possible reunion has been wide-ranging since Adam Schefter first broke the news that Tebow had requested a try-out with the Jaguars in April. Jaguars general manager Trent Baalke confirmed that the try-out did occur later that same evening, the first night of the NFL Draft.

Jaguars co-owner Tony Khan then told Taylor Rooks of Bleacher Report that Tebow had been “practicing” with the Jaguars at the tight end position. Meyer then went on Sunday Night Football analyst Cris Collinsworth’s podcast, noting that though he himself had not been in attendance for Tebow’s two try-outs, the Jaguars coaching staff was impressed with what they saw, and that Tebow was in “incredible shape.”

“I have not decided if we’re going to [sign Tebow] or not yet,” Meyer said in part. “Getting close. I got to make a decision here pretty soon.”

The signs have been there for months. Now, it might be official.

The 2007 Heisman Trophy winner, Tebow has not played in the NFL since 2012, and he has never played tight end. Tebow spent the last five years playing minor league baseball in the New York Mets organization and also serving as an analyst for the SEC Network.

He was selected by the Denver Broncos in the first round (No. 25 overall) in the 2010 NFL Draft. He appeared in 23 games, starting 12, throwing for 17 touchdowns and rushing for twelve more. Tebow was traded to the New York Jets in 2012 after the Broncos signed free agent Peyton Manning. He threw for just eight passes and rushed 32 times in his lone season with the Jets. Tebow spent the 2013 training camp with the New England Patriots and the 2014 training camp with the Philadelphia Eagles. He was released before the season began in both seasons.

Tim Tebow has told those around him that he knows the challenge that is ahead of him and, as usual, he embraces it. https://t.co/Y4V23IlSrv

More than a decade after leaving the University of Florida, Tebow remains in the top-ten in NCAA-D1 history in several statistical categories, including career passing efficiency, career yards per attempt, and career rushing touchdowns. He was a three-time, All America selection, earning dozens of other accolades including SEC Offensive Player of the Year, Senior CLASS Award winner, and ESPYs for Best Male College Athlete. Tebow won the Heisman in 2007 and was a finalist in 2008 and 2009. During his time at Florida, the Gators compiled a record of 48-7. Tebow finished his four year career with a 66.4 passing efficiency rating; 9,285 passing yards; 88 passing touchdowns to just 16 interceptions; 2,947 rushing yards; and 57 rushing touchdowns. He never caught a pass in college, something he will be expected to do as a tight end for Jacksonville.

The former Nease High quarterback has resided in Jacksonville with his wife, Demi-Leigh, for years. The two are actively involved in the community, particularly through the Tim Tebow Foundation’s “Night to Shine,” providing those with special needs a safe space to have a prom night. He also became a part-owner of the Jacksonville Icemen earlier this year.