Why Jade Carey has already earned her Olympics gymnastics spot 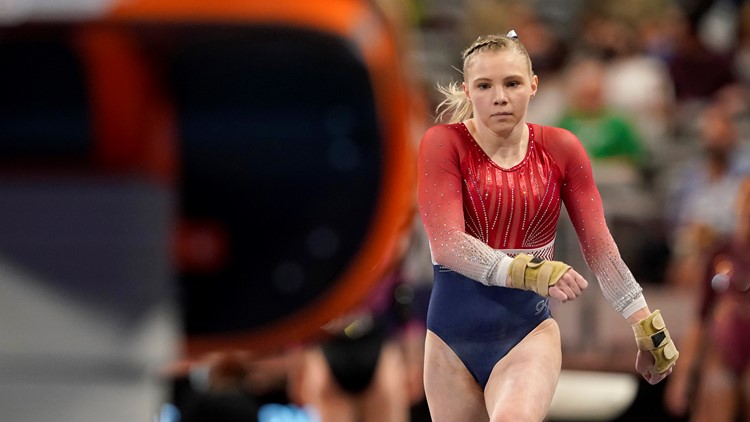 There is more than one way to make it to the Olympics in gymnastics, and one member of Team USA went that route instead of relying on trials.

The U.S. will be sending five men and six women to the Tokyo Olympics in gymnastics. The reason why there will be an extra woman going is because she worked to earn her spot outside of the Olympic trials, which are happening this weekend.

Jade Carey has already qualified for Tokyo by earning an individual invite due to how she has performed in the Apparatus World Cup Series over the past three years.

The top two women at trials will earn a spot in the team competition at the Olympics. Three more spots will be selected by committee — two of whom will be added to the four-member team competition and one who will only compete in individual events.

If Carey were to finish in the top two, she would automatically be put in the team competition. But that would mean the individual spot she already earned would be forfeited and the U.S. would send just five women.

Carey appeared to confirm in an Instagram post last week that she doesn’t intend to end up in the team competition.

“I have every intention to accept the individual spot that I worked very hard to earn by competing in the Apparatus World Cup Series spanning from 2018-2020 when officially offered to me,” she wrote on June 15.

Friday afternoon, NBC Sports confirmed that Carey had been removed from the floor exercise for night 1 of the women’s competition. Simply missing that would likely be enough to prevent her from scoring in the top-two overall when the team is announced after Sunday’s second night of competition.

At the 2016 Olympics in Rio, the team competition consisted of five gymnasts per country. That was reduced to four this year.